How Verifying NFT Tickets & Admitting Attendees Into A Venue Works We talk a lot about how NFT technology will fundamentally change event ticketing. From reducing fraud and ticket scalping to increasing fan engagement and rewarding them for their loyalty and attendance, these are the fundamental reasons why we’re building SeatlabNFT.

But, any NFT ticketing solution has to be practical on a day-to-day basis and must be as frictionless as possible for event organisers. It’s all well and good saying NFT tickets on the blockchain are quickly verifiable and cannot be forged, but how would that work when you have thousands of people queuing up to enter a venue?

Right now, with Web2 offerings, QR codes and barcodes are used to verify the legitimacy of tickets. All staff have to do is scan the code with a scanner app, and it will immediately tell them if the ticket is genuine or not and if it is still valid. We can apply the same process to NFT ticketing.

But we want to offer venue staff an alternative way of quickly verifying tickets on the blockchain too; we’re doing this using the Near-Field Communication (NFC) technology present in most smartphones.

NFC, not to be confused with NFT, is the tech in your smartphone that lets you use things like Apple Pay or Google Pay. When you use one of these services, all you have to do is tap your phone against an NFC terminal (in this case, a contactless card terminal) and verify the transaction using either the fingerprint or facial recognition scanner. It lets your smartphone communicate with another device contactlessly and securely.

We’re using the technology already present in your smartphone to allow people easy access to a venue by simply tapping their phone against an NFC-compatible terminal; it’s quick and efficient and will enable staff to process thousands of attendees quickly.

Who Will Use NFC Scanning?

Venues will need NFC scanning terminals to admit attendees using this method, so it will likely only be practical for large-scale events. The benefits only start to outweigh the additional costs when used at scale, which is why we’re not abandoning QR codes altogether.

For most smaller events, QR codes are going to be a more practical solution for admitting attendees into venues as there is no need for specialised hardware. Any smart device with a compatible scanning app will be able to scan QR codes and let staff members know if an NFT ticket is valid or not.

How QR Codes Will Work

A QR code that expires after five seconds will be dynamically generated each time the ticket holder opens the SeatlabNFT wallet app and taps the NFT ticket.

A transaction will then be signed with the current timestamp, using their private key. This data is encoded into the QR code on the attendee’s device. The scanner app then scans the QR code, decodes the data and sends it to the back-end API. We can then verify this signature on the back-end using their public key.

The timestamp gives us a five-second window to verify the signature to prevent people from creating the QR code, screen-shotting and sending it to somebody else.

We’re developing our own SeatlabNFT mobile wallet and scanning app to make the process as easy as possible for both attendees and staff members.

When Will This Be Ready?

We’re on track to launch the SeatlabNFT marketplace and wallet app in Q3 2022; lots of work is going on in the background to make sure everything is ready and properly tested in time. We’ve got several activation events and a launch party lined up to give as many people the chance to experience the benefits of NFT event ticketing (such as frictionless entry, free airdropped rewards and how it will make attending events more immersive) first-hand for themselves. Why Sell Tickets On SeatlabNFT

With the current turbulence in the crypto world and the well-documented crashes to various Web3 assets, we often get asked if NFT ticketing is the future. 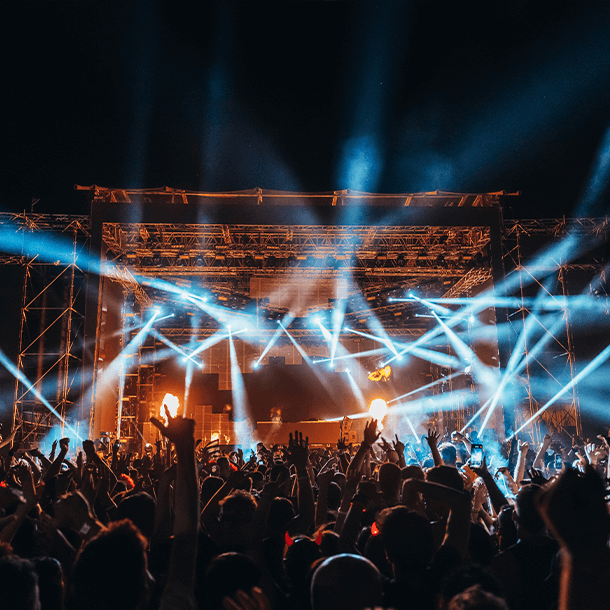 The Role of NFTs in Creating Unique and Memorable Experiences

NFTs have the potential to help enhance the event attending experience and create unique and memorable moments. This is how.