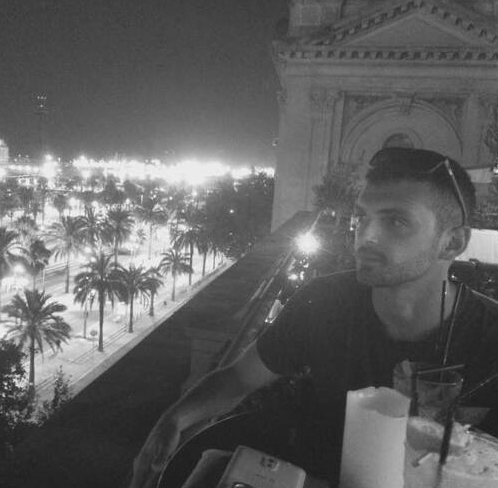 Megastars such as Taylor Swift and Ed Sheeran have openly talked about the problem of ticket touting and how it prevents their fans from attending concerts at a fair price. Touts are not only taking advantage of loyal fans, but they’re also taking money out of the pockets of the people it rightfully belongs to.

The global secondary ticket market was valued at over $1.5bn in 2020, and it is expected to reach $2.79bn by 2027. A massive chunk of that is currently generated from professional ticket touts and scalpers.

Not only do scalpers scoop up an estimated 40% of all tickets sold, yes you read that right, but roughly 12% of people buying concert tickets get scammed. These are crazy numbers when you think about it.

And ticketing platforms do little to stop it from happening. After all, why would they? The more tickets they sell, the more money they make. Who’s buying the tickets doesn’t make any difference to them; it’s all about selling as many tickets as fast as possible.

The UK government has even called out several of the big ticketing companies for facilitating this shady practice.

Holding fans to ransom in this way takes away from the experience of seeing their favourite artists perform live. It damages the brands of artists and event organisers and only serves to benefit one group of people, the touts themselves.

How a Fairer Secondary Ticketing Market Would Benefit Fans and Artists

First of all, let’s be clear. A secondary ticketing market is not a bad thing, far from it. It’s needed so that fans who can no longer attend an event have a way to recoup their money, and it provides a way for people to get their hands on tickets for sold-out events.

But, it must be fair for fans, artists and event organisers.

For fans, this means being able to buy tickets at reasonable prices without having to worry that the tickets they’re buying are fake. Blockchain and NFT technology are helping us tackle these two problems.

By issuing tickets as NFTs, we’re eliminating the risk of fraud because, as we all know, blockchain assets cannot be faked; they’re easily verifiable on the public ledger, so you can rest assured knowing that the asset is real and has actually been transferred to you.

Through mechanisms such as royalty splits, which we’ll talk about more in a moment, we’re reducing the lucrative opportunity touts currently have to rip fans off by directing a percentage of resale revenue back to artists and event organisers.

For artists and event organisers, regaining control of the secondary ticketing market means they’ll finally be able to provide their fans with the experience they deserve. The increased traceability of blockchain technology means they can follow the journey their tickets take once they leave the box office.

This data and increased transparency will allow them to get a better overview of secondary sales and help formulate marketing strategies in the future. Additionally, it will help identify unusual buying and selling activity, another tool in the fight against touting. Being able to identify current ticket holders, even ones who purchased their tickets on the secondary market, gives artists and event organisers the chance to recognise and reward loyal fans with exclusive airdrops directly to their wallets.

Perhaps the most significant benefit of using a Web3 NFT ticketing system like SeatlabNFT to regain control of the secondary ticketing market is the ability to take money directly out of the pockets of touts and scalpers. Using royalty splits, we can redirect secondary sales revenue back to the people it rightfully belongs to, the creators who make events possible in the first place.

It’s never fair for others to make money off the back of someone else’s hard work, and taking back control of secondary sales will stop that from happening.

In the same way an artist receives royalties each time a song is played on the radio, and rightly so, they should have the option of receiving a royalty when their event tickets are bought and sold instead of that money going into the pockets of greedy leeches.

SeatlabNFT is Helping Regain Control of the Secondary Ticketing Market

We’re dedicated to improving the ticketing industry and making it a fairer and more equal environment for everybody involved. Every week we’re getting closer to our goal of launching our revolutionary NFT event ticketing platform and marketplace. SeatlabNFT stands to improve the connection between artists and fans and help us get back to a place where greedy, unscrupulous scalpers don’t dominate event ticketing.

If you want to become involved in our community, you can do so in several ways. You can follow us on our socials which is a great way to be kept informed about the goings-on here at SeatlabNFT, sign up to our Access All Areas newsletter where we discuss the evolving world of Web3, or join our Discord server to participate in the conversation.

You can also buy one of our exclusive NFT membership cards that give holders access to unique perks, or pick up some of our $SEAT tokens in anticipation of our platform and staking programme launch.

Thank you for being so supportive, and we look forward to revolutionising the world of event ticketing together! The Pros and Cons of NFT Ticketing for Fans With our IDO at the end of the month fast approaching, we thought we should take a deep dive into $SEAT tokenomics.