One of the issues yet to be resolved for event ticketing is the secondary market, where tickets are resold once they have left the box office? One of the most critical issues yet to be resolved for event ticketing is the secondary market, where tickets are resold once they have left the box office. As it stands, artists, performers and event creators have little to no control over secondary sales. It is reasonable to offer a place for people to trade tickets they no longer need. After all, plans change, babysitters cancel, and life is unpredictable. The issue is that this secondary market is currently exploited by scalpers and touts, who utilise buying bots to snatch up vast numbers of tickets to popular shows, only to resell them at exorbitant prices.

The practise of ticket scalping affects the live events community in two ways. First, true fans miss out on tickets to their favourite show or event, and those whose hard work makes events possible miss out on the profit accumulated by the scalpers and touts.

Ticket scalping is now commonplace in the live events industry and has become an expected part of large scale events. As a result, fans have resigned themselves to hitting refresh frantically, hoping to be amongst the lucky few to get through the online queue alongside the armies of bots working on snapping up tickets.

Systems put in place by current Web2 solutions have done little to stem the tide. Even with the biggest names in music like Ed Sheeran and Taylor Swift speaking out against the practise, there has been no significant change in the out of control secondary market.

With Web3, there is the opportunity to change this, as blockchain-based technology and smart contracts offer ways of governing what happens to tickets, even after leaving the box office.

Smart contracts are programmable pieces of code that self execute when certain conditions are met. They are hosted on a blockchain network and can be attached to assets like NFTs hosted on the same blockchain.

Issuing tickets as NFTs (non-fungible tokens) eliminates fraud. It also allows those issuing the tickets to programme smart contracts that will dictate certain conditions around the NFT ticket.

One of these conditions is the ability to define a price ceiling for secondary sales. For example, if an NFT ticket sells at the box office for $100, the event organisers could stipulate that the maximum resale price of the ticket on the secondary market is $100 (or more or less if they choose). This heavily impacts the profitability of ticket scalping. With price ceilings governed by smart contracts, NFT tickets hosted on a blockchain would not be able to fetch the current value that free-market tickets have with Web2 solutions.

The Power of Web3

Combined, the ability to dictate both price ceilings and where revenue from secondary sales is directed significantly impacts ticket scalping profitability.

The margin for profit is reduced, but the revenue from secondary sales might be entirely locked, meaning that the sale of a ticket after the box office has no financial gain for the seller of the ticket.

Of course, there are situations where secondary sales are legitimate. For this reason, it is possible to define any percentage of revenue to go to single or multiple beneficiaries. Doing so allows those with genuine reasons for resale to recoup some or all of their original outlay while reducing the ability of scalpers to profit.

With the flexible level of governance that smart contracts offer, it is clear that NFT ticketing has the potential to give artists and event creators significantly improved control over the secondary market.

In turn, this also stands to impact the consumer experience at the box office. If large sell-out shows were to adopt NFT ticketing with smart contracts governing resales, the only people trying to buy tickets would be genuine fans. While nobody wants to miss out on their favourite show, it’s a lot less painful when the tickets aren’t immediately listed on secondary marketplaces for absurd prices, having been snapped up by scalping bots.

We’ve created SeatlabNFT to redefine the event ticketing experience for fans, artists and event organisers. Built on the climate-neutral NEAR Protocol, we’re including the ability to set price ceilings and royalty splits with all NFT tickets issued on our platform.

To help regain control over the secondary market, we’ve made it free to mint NFT tickets on SeatlabNFT, meaning artists and event creators can take advantage of the power that blockchain offers in the fight against ticket scalping.

You can find out more about how we’re changing the way you sell tickets here and see our full vision for a new, fairer ticketing future in our litepaper.

SeatlabNFT is designed with the live events community in mind. As a result, we’re including a whole host of features that will directly improve the experience for both buyers and sellers of tickets on our platform.

For more details, the latest product updates, and to join our community, use the links below. How to Farm $SEAT on Ref Finance

We've created a yield farm where people can earn a share of a pot worth $100,000 in $SEAT tokens for adding liquidity to our liquidity pool! The Pros and Cons of NFT Ticketing

We're discussing the pros and cons of NFT ticketing for fans as we pivot towards a new era for the live events industry. 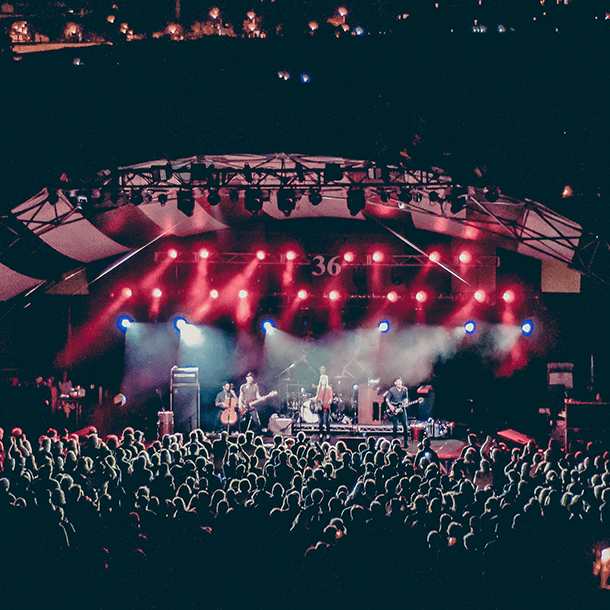 How NFTs Can Be Used in Live Events

From ticketing to airdrops and immersive fan passes, when implemented correctly, NFTs have the power to transform live events.